A desktop clock that retraces a pilgrimage route in Shikoku, Japan 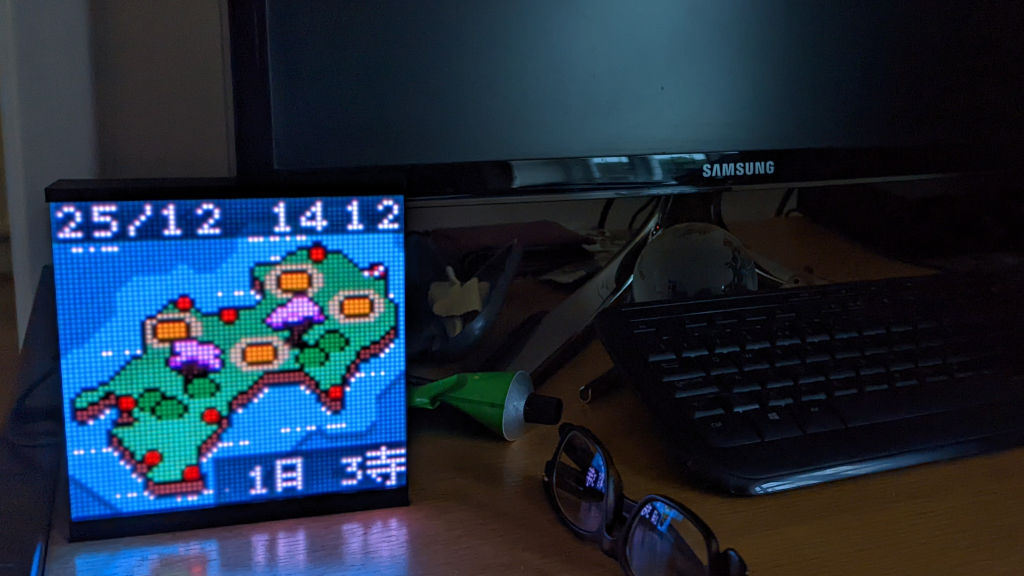 Walkclock is a Christmas present that retraces the route my father took in 2019 walking between the 88 temples on the Shikoku island of Japan.

It uses a HUB75E-style 64x64px RGB LED matrix driven by an STM32H743, which also drives a secondary LCD display on the back for a menu. The STM32’s RTC is used to keep time, and a uBlox MAX-M8Q GPS receiver is used to obtain a precise UTC time reference and calibrate the STM32’s 32kHz oscillator.

The base map for Shikoku was commissioned from @SirLazz on Twitter, thank you!

Source code and hardware designs are available from GitHub above.

You can see a video recording from the simulator showing the animation of the entire route around the 88 temples:

The menu system is used to change settings, which are stored in the battery-backed RTC memory to persist them between power cycles. The menu interface is shown in this video from the simulator:

The clock consists of a HUB75E 64x64 LED panel which is sandwiched between a top and bottom 3d printed housing. A laser-cut panel of dark acrylic acts as a diffuser for the LEDs and is also held in place by the 3d printed housing. The control electronics plug directly into the LED panel on the back.

The STM32H743 is on a breakout board from WeAct (thanks, silicon shortage!) and underneath it are the 3v3-to-5v level shifters for the LED, a CR2032 battery for the RTC, and the uBlox GPS reciever. At the top of the PCB is the GPS antenna, and at the bottom are the six user-interface tactile switches.

Power is supplied by a 5V mains adapter, and the breakout board includes a 3v3 SMPS regulator used for the STM32, the LCD, and the uBlox. 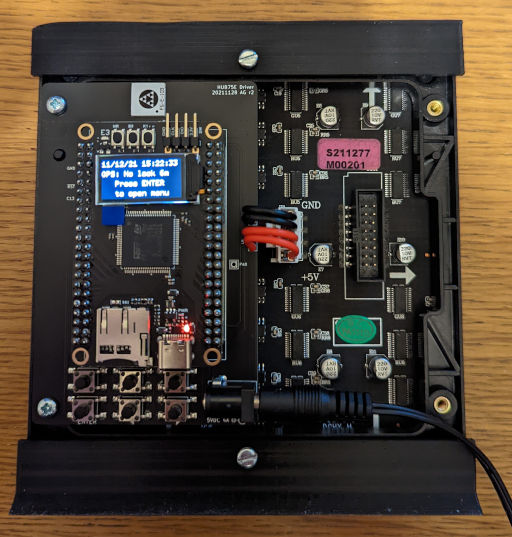 The HUB75E is not trivial to drive from a general purpose microcontroller, as the only control you get is to turn each red/green/blue LED in a single row fully on or off, and then you scan through rows manually. Brightness control is achived by turning LEDs on and off for precise timeslots using binary-coded modulation (BCM). In this implementation, about 200 full frames are drawn each second, and each frame is drawn ten times for the ten BCM phases. A pixel with full brightness is on for just over 70% of the maximum possible time (but given the 1:32 row scanning, this means each pixel is on for at most 2.2% of the frame).

See hub75e.rs for the gory details. The gist is:

Just as I started to write my own QR rendering library, I found Nayuki had released a no-std version of their QR code library, so I gratefully vendored that instead, with a few small tweaks to work with the rest of my code. Since all the URLs could be truncated and use only upper-case characters, small efficient QR codes could be generated.

There’s a dedicated button on the back for toggling between the normal display and the QR code, which links to the original blog post for the current day of the route. 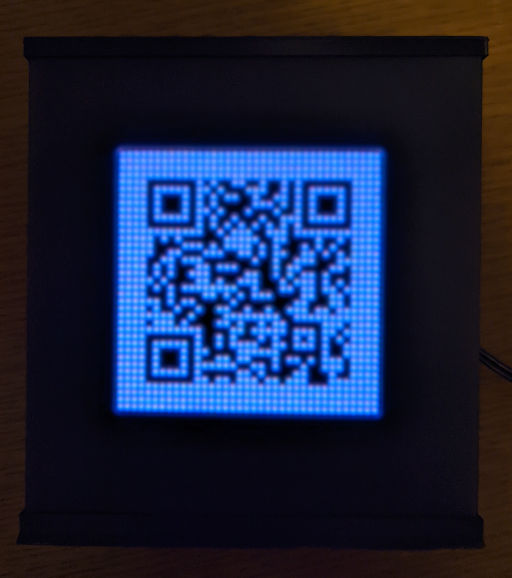 I embed 64x64 pixel crops of photographs in the firmware image itself using Rust’s include_bytes! macro, which is very convenient but does increase programming times somewhat. About 100kB of JPEGs are embedded (using 4:4:4 chroma sampling and quality 80). The STM32’s JPEG hardware peripheral is used to decode the JPEGs, and the DMA2D peripheral rearranges the MCUs into a framebuffer.

The JPEGs are shown for the first minute of each hour, or whenever desired by pressing the DISPLAY button to cycle between map/JPEG/off. 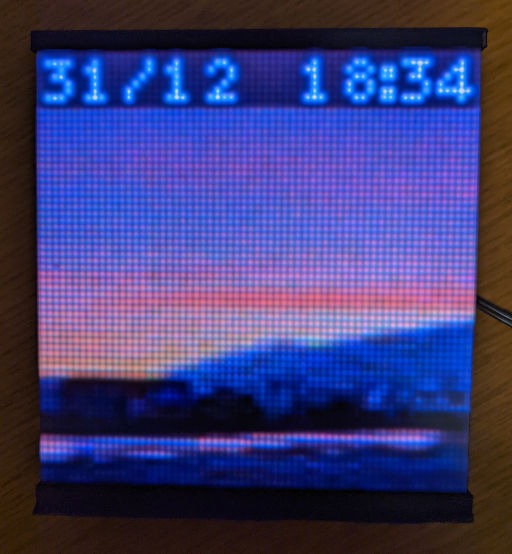 This project benefitted greatly from these extremely helpful Rust projects: